Maaike Huvermann spent a few good weeks of training in Vietnam. Check her latest video with a few massive Burners, Culos and Konos. Looks like Maaike's ready for the new season. The battle
more ... 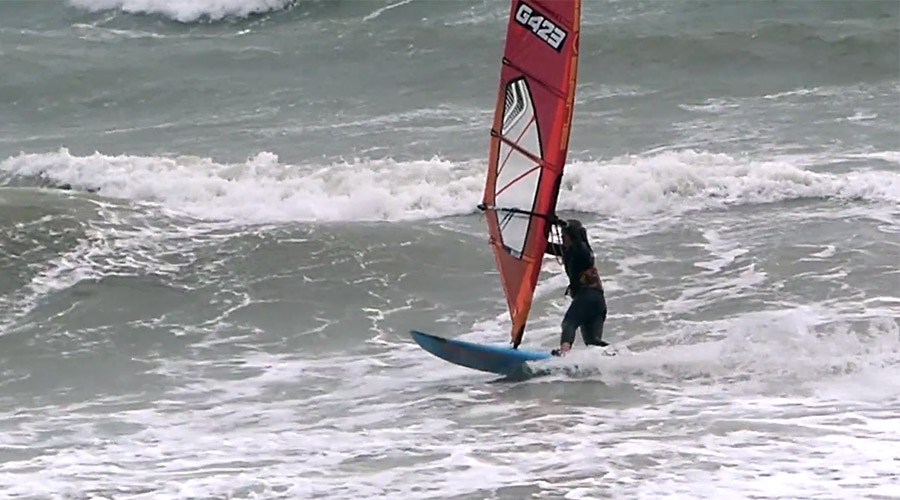 Moritz Mauch had a few good sessions at his homespot "Pozo Izquierdo" with his "Nano" waveboard. Thx to SaltyDrops, he had enough footage for a little feature clip of SEVERNE's
more ...

"Kuma Movie" from Japan is still on Bonaire and it seems like he's filming and editing all day & night with so much action in front of his cam. Here's a new clip by Amado Vrieswijk
more ...

Rob Hofmann sent us a cool "drone video" from his homespot "Latina" , which's close to Rome. Light winds but nice waves. Perfect for some turns. Thx to the drone pilot
more ...

Taty Frans is back from his injury after the horrific crash during the PWA Fuerteventura Slalom last year. After he started slowly with some Freeride, later on Slalom and now he also stepped back
more ...

Watch Boujmaa´s latest video, called Imperfection where he rides big waves with the Starboard "Kevin Pritchard" Pro Model at his homespot "Moulay Bouzerktoune". Have a
more ...

Don't miss the "February review" video by Iballa Moreno with massive windsurfing action from the canary islands. Iballa scored some big winterswell but not only looking for wind &
more ...

Moritz Mauch came back from his winter trip to CapeTown, jumped off the plane and straight into the water at his homespot "Pozo Izquierdo". Luckily his friends from "SaltyDrops
more ...

Zane "Kekoa" Schweitzer has some fun out in the Ocean with Abraham & Donica Shouse! They're using the "Starboard SUP" All-Round boards and proof that you can have an
more ...